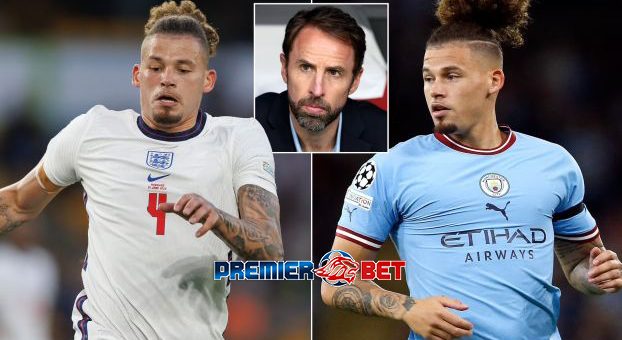 Kalvin Phillips out of England squad, doubtful for World Cup

Manchester City and England midfielder Kalvin Phillips’s World Cup 2022 hopes are in jeopardy due to a shoulder injury which could require surgery.
The 26-year-old established himself as a key player for club and country during his time at Elland Road and earned a £44m move to Man City in the summer window.

The midfielder has come off the bench against Sevilla and Borussia Dortmund in the Champions League and made his Premier League debut for City against West Ham United on the opening weekend.

Phillips missed a good chunk of August due to fitness woes, and despite making his comeback against Dortmund, he was nowhere to be seen against Wolverhampton Wanderers.

England are due to take on Italy and Germany in the UEFA Nations League this month, and Phillips was unsurprisingly named in Gareth Southgate’s squad for their upcoming fixtures.

However, Sky Sports News now reports that the ex-Leeds man is carrying a shoulder injury and has been forced to pull out of the Three Lions squad for the upcoming break.

The report adds that the problem has been a recurring one for Phillips, who may need to go under the knife to correct his shoulder issue once and for all.

Phillips supposedly sustained the issue during Thursday’s training session, and Southgate is expected to name his provisional squad for the 2022 World Cup on October 21.

Phillips and Declan Rice formed Southgate’s first-choice midfield pairing for Euro 2020, with the former starting every game and only being substituted off once against Ukraine in the quarter-finals.

The 25-year-old has one assist to boast from 23 caps for England, and it remains to be seen if Southgate will call upon a replacement for September’s games.

Jude Bellingham, Rice, James Ward-Prowse and Mason Mount represent the Three Lions’ other midfield options this month, with Jordan Henderson out with a hamstring injury.

England sit rock bottom of League A Group 3 in the Nations League having failed to win any of their opening four games, posting two draws and two defeats so far.

Southgate’s side will travel to San Siro on September 23 to take on Italy before rounding off a disappointing Nations League run against Germany at Wembley on September 26.

England then open their World Cup campaign against Iran on November 21, and they will also take on Wales and the United States in Group B.