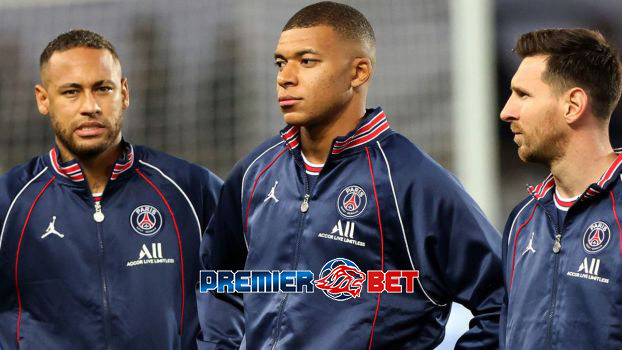 Paris Saint-Germain forwards Lionel Messi and Kylian Mbappe have become locked in a conflict regarding the future of teammate Neymar, according to a report.
The latter endured a frustrating 2021-22 campaign in Paris, featuring in just 28 matches across all competitions owing to several injury issues, during which he scored 13 times.

Neymar was one of several players booed by PSG ultras following their Champions League exit to Real Madrid back in March, and has often drawn plenty of criticism for his lengthy absences and indiscipline.

The 30-year-old was reunited with Messi, a former teammate from their Barcelona days, and friend off the pitch, when the Argentinian joined PSG on a free transfer last summer.

The pair formed a formidable attacking trio alongside Mbappe in Les Parisiens’ attack, but a conflict between the trio has now arisen according to Mundo Deportivo.

The Spanish outlet is reporting that Messi and Mbappe are disagreeing when it comes to the decision to be made on Neymar’s future at the Parc des Princes, with the latter being linked with a move away from the club this summer.

Mbappe, who recently signed a controversial three-year contract extension with PSG to end speculation of a free transfer move to Real Madrid, was reportedly given extra power in the sporting decision making at the club as a result of his renewal, and the 23-year-old is said to be eager to see the back of Neymar as a result of his indiscipline.

However, Messi is resisting those calls and supporting his friend according to the report, thus causing friction between the trio.

Neymar has featured in just 92 Ligue 1 matches during his five-year stay in Paris so far, and has recently seen his contract with the club extended until June 2027.